Quantum computing is advancing, and while experts are not sure when there will be a quantum computer powerful enough to break the RSA and ECC cryptographic algorithms that are currently in use, many are operating under the assumption that this can happen within a 10- to 15-year timeframe. This is a general timeline because there is no way to know when this will occur – it could happen sooner, or it could happen later. 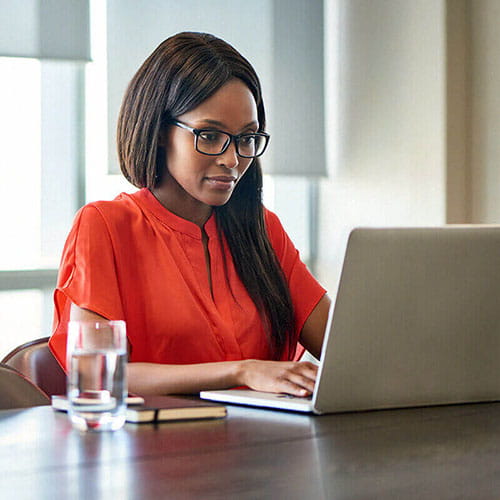 Are you struggling with knowing where to start in your post-quantum preparedness journey? Do you want to learn more about quantum computing, and how it will affect your industry?

View our guide to understanding post-quantum cryptography and encryption and answer your budding questions.

Although the timing of the quantum threat is unknown, it’s top of mind for security-conscious organizations. The Global Risk Institute recently surveyed leaders and experts of quantum science and technology to get their opinions on the likelihood and timing of the quantum threat to public-key cybersecurity. Some patterns emerged from their responses as seen in the illustration below.

Is quantum a threat to public-key cybersecurity?

Knowing the timeline of the threat being realized is within the decade, and knowing the transition to quantum-safe cryptography will take several years, the Global Risk Institute outlines 3 parameters for organizations to better understand their own level of readiness:

Organizations won’t be able to protect data from quantum attacks if the quantum threat timeline is shorter than the sum of the shelf-life and migration times.

Entrust has taken a leading role in preparing for post-quantum cryptography by collaborating with other organizations to propose new IETF X.509 certificate formats that place traditional algorithms like RSA and ECC side-by-side with new PQ algorithms.

We are also closely following the work of organizations like the National Institute of Standards and Technology (NIST), which has a project underway to develop algorithms that are resistant to quantum computing and eventually standardize them. We are also looking into developing hybrid test certificates that place traditional algorithms, such as RSA and ECC, side-by-side with new PQ algorithms. We want to help companies sustain their IT ecosystem to reduce replacements, maintain system uptime, and avoid costly changes caused by a lack of preparation.

Entrust has been actively leading the discussions in IETF Forums, where solutions can be considered within the PQ community. Our public propositions are published in the IETF standards forum:

Composite Keys and Signatures for Use in Internet PKI
With the widespread adoption of post-quantum cryptography will come the need for an entity to possess multiple public keys on different cryptographic algorithms. Since the trustworthiness of individual post-quantum algorithms is at question, a multi-key cryptographic operation will need to be performed in such a way that breaking it requires breaking each of the component algorithms individually. This requires defining new structures for holding composite public keys and composite signature data.

Problem Statement for Post-Quantum Multi-Algorithm PKI
The post-quantum community (for example, surrounding the NIST PQC competition), is pushing for "hybridized" crypto that combines RSA/ECC with new primitives in order to hedge our bets against both quantum adversaries, and also algorithmic/mathematical breaks of the new primitives. After two stalled submissions, Entrust submitted a draft that acts as a semi-formal problem statement, and an overview of the three main categories of solutions.

How Post-Quantum Computing Will Affect Cryptography
Properly designed digital signature schemes used for authentication will remain secure until the day a suitable quantum computer actually comes online. Today’s quantum computers are limited in size and, therefore, pose no threat to present-day cryptography. And several significant engineering obstacles must be overcome before the threat becomes real.

Nevertheless, experts think these obstacles will be overcome in time. Many experts predict that a quantum computer capable of breaking today’s standard public-key algorithms will be available within the planned life of systems currently in development.

Today’s public-key algorithms are deployed for authentication, digital signature, data encryption, and key establishment purposes. Once quantum computers of sufficient size become a reality, we will need replacement schemes for each of these functions.

Data encryption and key-agreement algorithms are susceptible to a recorded-cipher-text attack, in which an adversary today records exchanges protected by pre-quantum algorithms and stores the cipher text for analysis in the future — once they have access to a large-scale quantum computer. At that point they will be able to recover the plaintext. For these key purposes, depending on the required algorithm security lifetime, pre-quantum cryptography will become vulnerable sooner.

Once a suitable quantum computer exists, a signer could repudiate signatures created earlier, claiming that they were forged using a private key broken later by a quantum computer.

Post-Quantum and Classical Hybrid Cryptography
There are different approaches on how to prepare for secure cryptographical communications in a post-quantum age. Using a hybrid approach is one of the more popular methods being proposed as a way of transitioning to the as yet undefined PQ algorithms. The hybrid approach suggests that rather than trust one algorithm, it places traditional algorithms like RSA and ECC alongside new PQ algorithms. This is helpful for current use cases while pre-quantum is an acceptable method for authentication and to test IT ecosystems against PQ algorithms.

Regulations and Standards for Post-Quantum

Webinar Series: What is the State of the Quantum World?

Anyone who manages cybersecurity and wants to learn more about quantum computing will benefit from our webinar series. Watch the webinar recordings now.

Prepare your cryptographic assets for post-quantum by taking inventory, prioritizing your highest value assets, testing your quantum preparedness, and planning ahead to meet post-quantum cryptography standards. Entrust has a leading role in helping you improve your crypto-agility and creating solutions to support your migration into a post-quantum world.